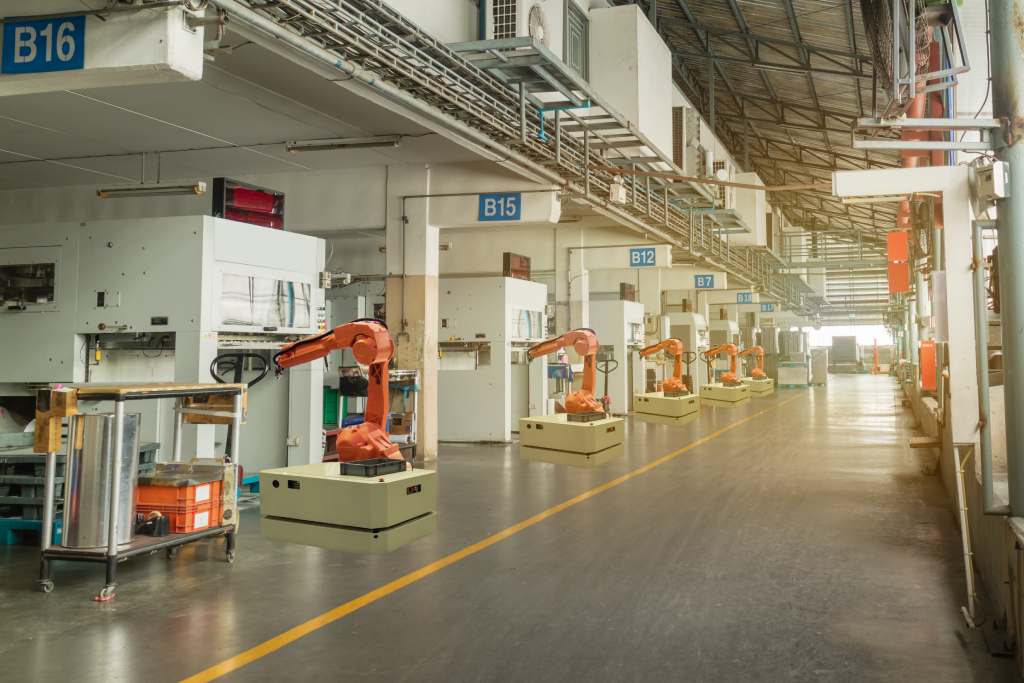 Maintenance is often a very complex process, especially in big companies. There are different ways to do maintenance whereas the following are most commonly seen in production plants around the world.

First, maintenance which is planned in advance is called TPM or Total productive maintenance.

This is a method of physical asset management focused on maintaining and improving manufacturing machinery, in order to reduce the operating cost to an organization.

This is quite easy as the right staff can be planned in advance, because the reason for and the locations of downtimes are known.

Second, and this is the more difficult part, is doing maintenance when an unplanned machine stop occurs.

Let’s say, something goes wrong in a production plant which forces a machine to suddenly stand still. That is a major cost driver for companies, mostly because it takes a long time to notice, identify and fix the problem.

As soon as a machine stands still, workers are generally trying to get the machine up and running as soon as possible. They are trying to fix the immediate problem but not the one at the root that caused it.

There are typically some experts like electricians working in a production plant but not that many because they are hard to find. Also, there are more machine operators, than maintenance workers.

How machine downtimes are killing your overall productivity

First, somebody has to recognize that a machine is down. Typically, somebody sees a light signal or hears a sound at the machine.

The machine operator takes a look and sees that he cannot fix the problem by himself.  Now he has to look for an electrician in order to take a look at this issue.

But what is happening on the other side?

Electricians carrying around phones is very commonly seen in production plants. Though it sounds reasonable at first, companies often don’t know how ineffective this is.

The problem is that the phone rings many times during the day and the electrician doesn’t know who is calling and why they are calling before he answers. That means that he has to answer every call regardless of the issue.

Many times, there is not even a real problem that requires his attention or sometimes he is not even the responsible contact for an issue.

So every time his phone rings, he has to stop what he is doing to answer it. And even if he is not answering it, it is still ringing and distracts him from doing his job.

Therefore, it often occurs that these people just turn their phone off to have some time to focus on a certain task.

On the other hand, colleagues who are trying to reach the electrician are becoming angry because he is unreachable. All these factors contribute to longer reaction time, longer downtimes and thus to driving up avoidable costs.

So what is the solution for that?

The aucobo system focuses on collecting machine data and getting condensed information to the right people at the right time.

Do not disturb mode

Maintainers won’t get any distracting information, only what they really need. The blocking feature allows maintainers to set their status to “do not disturb” which reroutes all incoming calls or messages to another, similarly qualified colleague.

If that colleague has also activated the blocking feature, the aucobo system will follow a predefined sequence to reach the next best person for the job.

If everything else fails, and no one is found by the system, another feature, the “backup groups” kicks in. If a group of electricians is not reachable because all of them set their status to “do not disturb”, then, depending on the settings, for example, the electrician from another area within the plant gets the notification.

Those features not only assure that a task or a call gets attention but it also helps maintainers and electricians etc. do their work more focused and thus more effective.

To top it off, all this data can be made visible in the aucobo dashboard. If the manager wants to know how to increase overall productivity, he can see how long it really took to solve a problem for example.

It shows the reaction times, how long it took to get the message to the right person and how long it took from accepting the task to fixing the problem. With this tool, it becomes clear, where the workforce is missing or where efficiency can be increased by optimizing communication, changing shifts and so on.

Find out how you can successfully implement intelligent maintenance in your company in a free initial consultation!

Do you want the benefits of Smart Maintenance for your company as well?